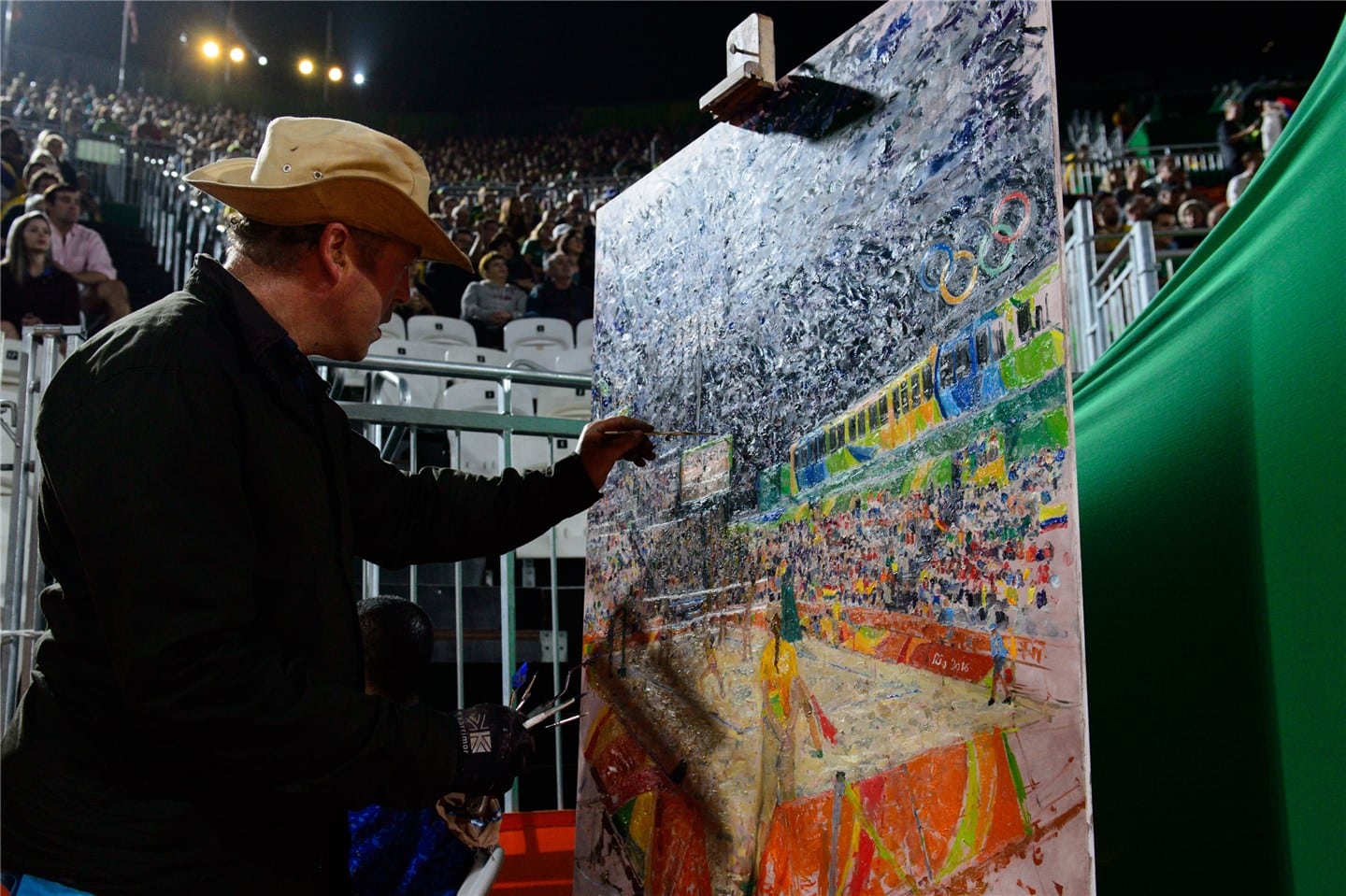 Peter Spens painting court side at the Rio Olympics 2016

Peter Spens studied Fine Art at Bristol Art School graduating in 1983. Since then he has painted consistently, working in front of varied motifs.  He has concentrated on painting and drawing London since 1996. A retrospective of his major London works was held in the main Guildhall Art Gallery by the City of London in 2006. This bought together key pieces from his previous four Cork Street exhibitions. Spens works in series from buildings and has painted from Tower 42 in the City, Financial Times, Riverside House and Queen Street Place, which cluster around Southwark Bridge, Tate Modern, The Millbank Tower, The Shell Centre, 80 Strand (formerly known as Shellmex) and Five Strand looking onto Trafalgar Square.  The Brettenham House series, next to Waterloo Bridge, will feature in the 2018 show.

For the London Olympics Spens was invited to paint beach volleyball from Horse Guards, which led to a commission for the 2016 Rio Olympics and a further commission to go to the Tokyo Games in 2020.

The Cranley Gallery was formed in 2009 and has given access to people wishing to view Peter Spens’ work or discuss commissions in his studio, as well as hosting regular exhibitions.  The next exhibition is scheduled for May 2018.